Posted by joannamiller on Oct 26, 2016 in Ginger Molasses, Uncategorized | 0 comments 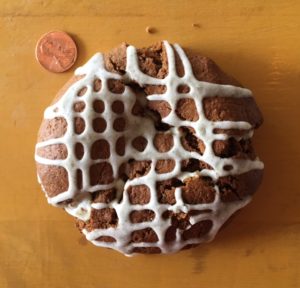 This is really more like a tiny cake – or a “cake-let” – than it is a cookie, if you want my opinion. (And if you’re reading this, you clearly do want my opinion.) No, I cannot back up that declaration academically. All I can tell you is that when I think of a molasses cookie, this is what comes into my head. Or this. Or anythingI’ve written about under the “ginger molasses” pull-category over to the right. 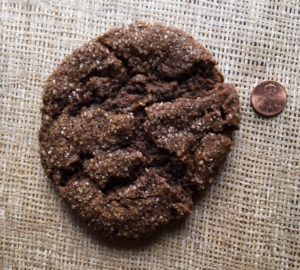 My 2-3x/year trips to Eugene are nearly always capped with a stop by Sweet Life  on my way out of town. By “nearly always” I mean always.

And not for nostalgia’s sake. Yes, I (more or less) lived in that city from the moment I left my mama’s womb to the time of my first legal cocktail, which I’m just now for the first time in my life

Posted by joannamiller on May 12, 2015 in Ginger, Ginger Molasses | 0 comments

First thing’s first: it’s not really a “gingersnap.”  This is not a criticism; most days I would rather eat a soft, chewy ginger molasses cookie than a crispy, brittle one. (Not that a very good gingersnap doesn’t have its place in the world. It totally does.)

That being said, while not necessarily an earth-shattering ginger molasses, it is certainly a solid option – not shy on spice and flavor and overall pretty satisfying.

Note: I thought it tasted even better two days later than it did freshy-baked. Only a well-made, not over baked cookie will pass this integrity/longevity test.

It has been a long time since I ate a cookie good enough to talk about.

But I finally did. Last week. In my hometown. Not at a bakery, even. But at an ice cream joint called Red Wagon Creamery. They make very good ice cream*, but whomever they’ve got in charge of the cookies is no dummy, either.

I’m sure I’ve mentioned this a couple (or 9) times already, but my fondness for ginger molasses cookies runs deep. I LOVE them. Love.

Which means I’ve eaten (and written about) a lot of different ginger molasses cookies.

I know I just wrote that I’m having a chocolate chip moment. But my current jam? Sesame seeds. Sesame seeds in sweets, specifically. A drizzle of tahini (sesame butter) and honey with a sprinkle of sea salt on vanilla ice cream? I’m serious. It’s perfect. Do it!